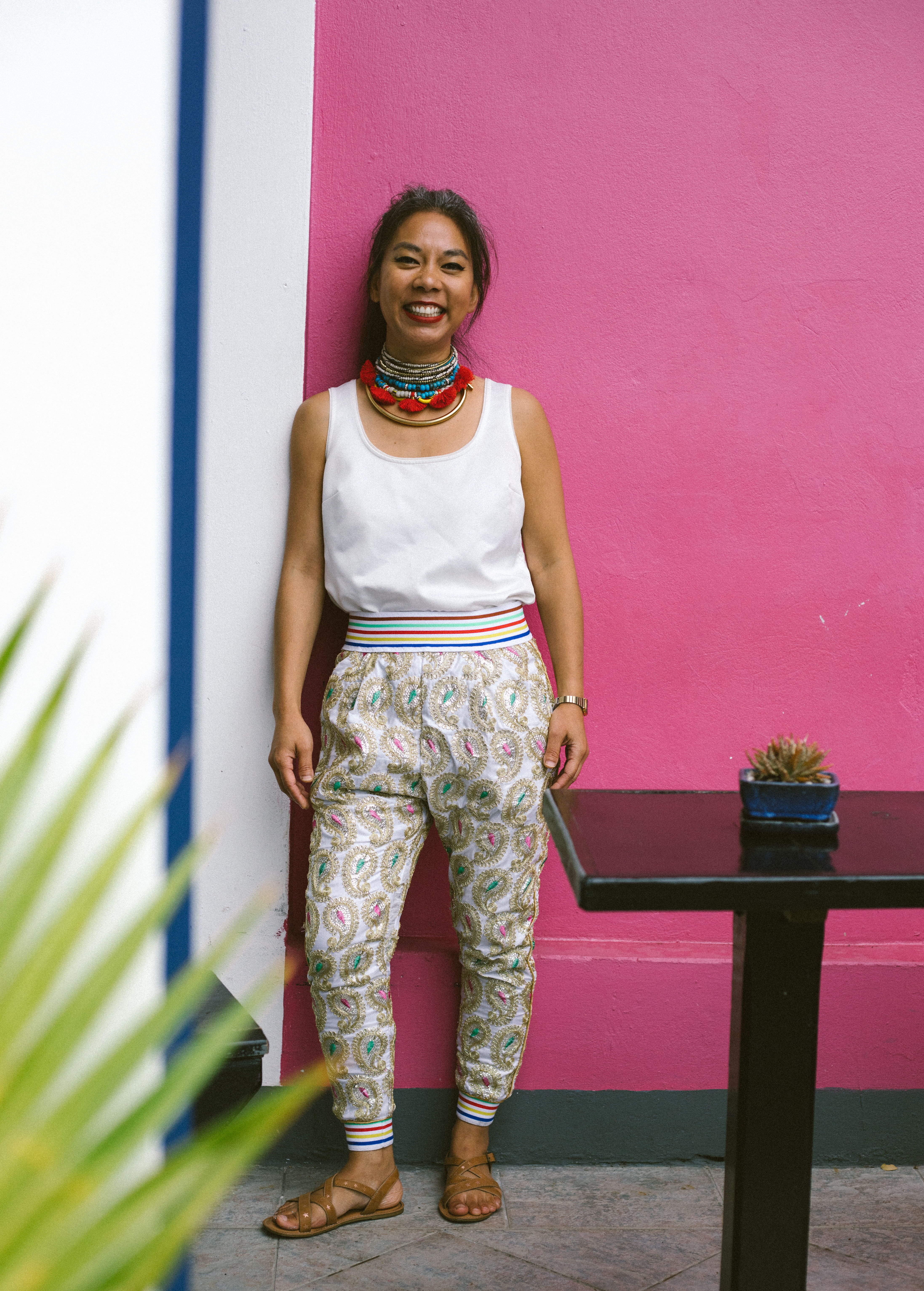 Nicole is a self-taught designer and maker whose iconic jewellery collections won her several “rising talent” accolades, including from Vogue Italia, the Evening Standard and International Jewellery London.  Her collections were bought by some of the world's most renowned retailers; featured regularly in major fashion magazines; including Vogue, Elle, Marie Claire and Grazia; published in two books; seen on various television shows; and famously worn by one of the world's biggest fashion icons, Amal Clooney.

Nicole's talent for jewellery-making was ignited when, by chance, she happened upon a 1-day jewellery-making class back in 2008. It proved a perfect outlet to channel her abundance of inner creativity. With her unique style attracting the attention of friends and strangers alike, she decided to take a leap of faith and left her corporate career to start her eponymous jewellery house at the start of 2010.

Having recently re-connected with her childhood love of sewing, her creations now combine her flair for embellishment with her love of clothing and accessories.  Her creative eye for sewing won her a coveted place as one of Britain’s top 12 amateur sewists in the highly-anticipated 6th series of the BBC’s Great British Sewing Bee, where she made her television debut.

Nicole’s mission is to raise human consciousness around fashion by supporting others on their journey from Consumers to Creators.  She is passionate about sharing all her knowledge and skills to empower others to MAKE more and buy less.

To find out more information about Nicole and her work, go to House of Akong.